Anthony Benjamin Tony Wood arrived March 26th, 1943 in London, England and departed July 4, 2022 in Orono, Ontario. Tony immigrated from England in 1951 with his parents Doreen and Benjamin Wood. Canada was a paradise for him. He enjoyed all that was to offer in Canada especially the outdoors. Hunting, fishing, canoeing and camping were some of his many pleasures. Tony chose to die with dignity surrounded by his loving family: his wife Betty Ann of 56 years, children, and grandchildren – Gilbert (Karen), Maggie Benjamin, Simon, Wood; Tina (Nick Brown) , Nicholas Wieringa, Christopher Wieringa, Ryleigh Brown; Lori (Jason Feddema), Andrew, Sam, Lizzy Feddema. Tony enjoyed many adventures with his family as well as travels with Betty Ann to destinations including all provinces in Canada, visits to the USA and Europe as well as winter vacations in St. Martin. Tony enjoyed golfing at Dalewood with the senior men’s league. He spent many years hunting with members of the John’s Lake Hunt Camp. Tony sat on many committees including Kirby Public School PTA, Clark High School PTA, Municipal of Clarington committees as well as Ganaraska Forest Board. Tony also coached Orono soccer for more than 10 years. Tony will be truly missed by his best friend of over 60 years Bob Marshall, as well as his numerous nieces, nephews and his cousins, Sue, Joanna, and Yvonne in England and Barry, Steve, Dennis, Elaine and Pat in Niagara

.If desired, donations in Tony’s memory can be made to St. Saviours Anglican Church Orono, Ontario OR a charity of your choice. 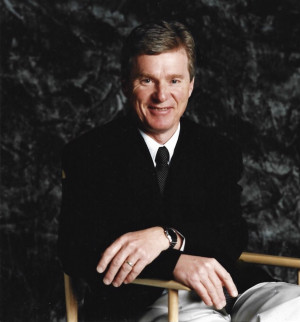 Thank you to all who prayed and supported Doug through his illness. A special thanks to the staff of the Cancer Care Center at the Northumberland Hills Hospital who treated him with great care and kindness. Our entire family received a huge amount of love along the way from the Acute Myeloid Leukemia diagnosis in August. Doug passed at home in peace beside his loving wife of 55 years, Donna, his high school sweetheart. His two sons Phil and Dean were so blessed to have had such an amazing Dad! He also adored his daughter-in laws, Lisa and Jane and was a fantastic grandfather to Erik, Alicia, Alanna and Breann. He will be greatly missed by his sister Brenda, brothers Brian, Ron and Larry. He joins his mother Margaret, father Norman (Keith) and brothers Donald and Bob. So many other family, friends, colleagues, fellow competitors, athletes and other patients/clients will miss him and have also sent their condolences and fond stories to the delight of our family!

Dr. Douglas Lane Smith accomplished so much. He received his business degree before changing paths to a Master’s degree in Psychology. He pioneered research in addictions with caffeine, alcohol and nicotine. He went on to his doctorate and clinical specialty in Psychology. Doug was a lifelong learner and wrote copious notes that would fill an encyclopedia on how to achieve the professional mind. He taught at universities, directed a Children’s Mental Health Centre, was a school board psychologist and trustee, had a large clinical practice in marriage, stress and counselled business executives and professional and Olympic athletes. He was the “ProMind”. He relished (rejoiced) helping his family and so many others be their best. He was very proud of his family’s accomplishments and those he helped as amateurs to reach the professional and Olympic level. Doug competed in pro golf mini tour events. He was skilled at so many sports- he played Junior hockey, golf, all racket sports, downhill and cross-country skiing and more.

He loved competition and how it could bring out the best in a person. Doug loved family time and travel. He and Donna took the boys on countless trips all over North America, the UK and Europe. He took his wife cruising to see much of the rest of the world including a 78 day voyage. Doug loved adventure.

A private funeral service was held with the immediate family. There will be a celebration of life, details to be determined.

Don’t worry Dad, we will look after Mom for you! Love you always! Rest in Peace.

Donations can be made to Fair Share Food Bank and the Cancer Care Unit at Northumberland Hills Hospital, Cobourg with that designation specified.

Ronald Fraser of Cobourg, Ontario passed away peacefully with family present on October 27th, 2021, at Northumberland Hills Hospital. Ron was in his 100th year.
Ron was the dear Father of James Fraser (Marsha) of Ottawa and Robin Partridge (Rick) of Whitby, and the proud Papa of Lance Fraser (Sarah Douglas) of Toronto. He was pre-deceased by his beloved wife Shirley of 58 years. Ron lived at Palisade Gardens Retirement Community for the past 15 years.
Ron served in the Air Force during WWII as a radio technician. The majority of his working career was with IBM, in Toronto. In their retirement years Ron and Shirley travelled extensively and enjoyed many years at the family cottage in Minden. Ron was an active member of Dalewood Golf Club, Cobourg Lawn Bowling Club, Probus and an enthusiastic bridge player. He was a devoted father, a loyal friend and a kind and decent man. He will be greatly missed by his family, and his many friends gathered through the years.
As per Ron’s wishes, there will not be a funeral service. A Celebration of Life get together will be held at a later date.

On Thursday June 24th, 2021 Hal Jacobsen passed away peacefully at the Northumberland Hills Hospital in Cobourg, Ontario. He will be sadly missed by his loving wife of 67 years Thelma (nee Walls), daughter Lynn, son Ron (Sheila), grandchildren David, Amy (Justin), Kirsten (Scott), Eric, Michelle and 5 great grandchildren and survived by his sister Linda (Tom). He was born and raised in McCreary, Manitoba. In 1952 he began his career with RBC and was appointed many positions throughout Canada, Cayman Islands, Hong Kong and Nassau Bahamas where he retired as Vice President Bahamas and Cayman Islands in 1992. He then took on the position as Honorary Consul For Canada in the Bahamas until his return to Canada. He and Thelma took up residence in Cobourg where he enjoyed golfing at Dalewood.
Hal dedicated his life to service and was an active Rotarian, receiving the Paul Harris Award, past President of the Bahamas Club and actively participated with the Waterfront Festival and Ribfest.
In lieu of flowers donations in Hal’s memory may be made to Ed’s House Northumberland Hospice.

February 3, 1943 – March 7, 2021 We are saddened to say that Bill passed away from complications due to Parkinson’s on Sunday, March 7, 2021. He will lovingly and forever be remembered by the angel in his life, Susan, his wife of 54 years. They experienced and admired the world together – near and far places – and always as a team. Devoted, supportive and fun-loving father of Heather, Meagan, Andrew (and Becca), his late son, Ian and his daughter-in-law, Jenn. Cherished Gumpa/Grandpa to his gaggle of grandchildren, Wilson, Parker, Samantha, Matthew and Elwood Bill, a proud Prairie boy, spent the majority of his professional life with Richardson Greenshields and the Royal Bank of Canada. He conducted himself with integrity, unequaled ability to capture the details, and always a zest for the subject. Bill regaled us all with his knowledge of everything (even when he stretched the facts!). His love of laughter, dancing, and spending time with family and friends will be indelible in all of our hearts and minds as we think and remember him with vividness, warmth and honour. A private family service will be held. In lieu of flowers, the family would appreciate donations to be made in his name to Parkinson’s Canada, or to the charity of your choice.

Sadly we lost our friend Courtenay Ponting on January 10th. Below is his obituary. We will definitely miss you on the links and your upbeat companionship.

May 3, 1937 – January 10, 2021 It is with deep sorrow that we announce the sudden passing of Courteney Leonard Ponting on January 10, 2021 in Florida after a brief illness. He was 83 years old. He was predeceased by his beloved wife, Eleni and sister-in-law Dee. He is survived by his brother, Stuart Ponting, bothers in law, Jim Anton (Wendy) and Dean Anton (Janet), nieces Jennifer Davison (Kevin), Helen Barnes (Jon) and Nicola Mortimer (Roger), nephews Michael Anton, Jason Anton and Rodney Anton and eight great nieces and nephews. Courteney will be remembered for his great sense of humour, his amazing ability to bring a joke to life and, with Eleni by his side, a love for entertaining family and friends at their home. He was an avid golfer and will be missed at Dalewood GC in Cobourg and Seminole Lakes GC in Florida. Courteney loved music and he and Eleni enjoyed many years singing and acting in amateur Gilbert and Sullivan performances. Travel with Eleni, family and friends played an important role in Courteney’s life. He will be missed. If so desired, a memorial contribution may be made to the Northumberland Hills Hospital, Cobourg at “nhhfoundation.ca”.

Sadly, we lost our friend Barry Clayton on June 14, 2020. Our members celebrated Barry this month at a Golf Day in his honour and raised almost $1,500 for Operation Springboard in his name.

Peacefully, on Sunday, June 14, 2020 at Northumberland Hills Hospital, Cobourg, in his 74th year. Eldest son of the late Ernest Western Clayton and Shirley Belle Robinson, Barry grew up in Scarborough, attending Victoria Park High School, and later, the University of Windsor. After earning his Chartered Accountant designation, Barry worked his way through the ranks at Ernst and Whinney. Eventually, Barry went into business with childhood friend Garry Culverson; together they owned and operated Law Chambers until Barry’s retirement.
Barry volunteered his time with the Leaside Hockey Association, Montcrest School, and the Special Olympics. Inspired by his father’s career as a police officer, Barry worked with, and eventually chaired the board of directors of Operation Springboard, a non-profit organization that assists at risk youths and adults transitioning from correctional facilities through education, job placement and other services.
A devoted big brother, father, and grandfather, Barry was routinely front row centre for his children’s games, plays and recitals. An avid golfer, he never missed a chance to regale his golfing buddies, and his girlfriend Linda Stephen, with tales of his grandchildren’s exploits.
Barry is survived by his children Dennis (Emily) and Nancy (Hugh March); brothers Donald and James (Lynore), and sister Judith (Mark Hutchins); and two grandchildren, Evelyn and Henry March. He was predeceased by a son, Matthew, in infancy, and a sister, Nancy, in childhood. Barry is fondly remembered by friend and ex-wife Mary Wallace.
Cremation has taken place. A memorial service will be planned for a later date, when Barry’s many friends and family can safely gather and properly celebrate his life. In lieu of flowers, donations to Operation Springboard would be appreciated by the family.